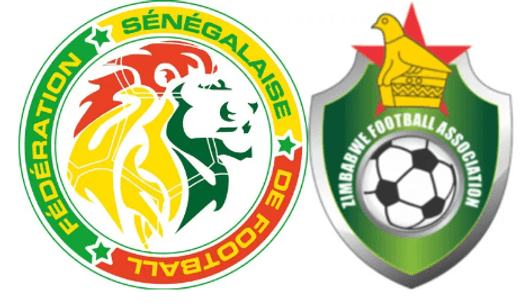 Senegal will take on Zimbabwe in today’s game in the ongoing AFCON 2021 tournament in Cameroon at Olembe stadium.

The opening fixture in Group B of the 2021 Africa Cup of Nations sees Senegal and Zimbabwe go head to head and we will be offering an insight on what to anticipate in this Senegal vs Zimbabwe prediction post.

All indications from the Senegal vs Zimbabwe odds point to a Senegal victory and we expect the game to pan out that way. Senegal possess better players in every area of the pitch and we are backing them to emerge victorious in this one.

Senegal do battle with Zimbabwe at the Kouekomg Stadium on Sunday as both sides look to kick off their respective AFCON campaigns on a high.

Senegal are one of the frontrunners to lift the title which surprisingly, they have never won in their illustrious history.

Aliou Cisse’s men, who were defeated in the final by eventual champions Algeria three years ago, set out to go one better this time around.

The Lions of Teranga have been drawn in Group B alongside Malawi, Guinea and this weekend’s opponents Zimbabwe in what is a very favourable group.

A victory on Monday will be the target for the West Africans who will be looking to lay down an early marker.

Senegal have been hit by a wave of COVID-19 cases with Pape Sarr, Nampalys Mendy and Mame Thiam all testing positive over the last couple of days which has affected travel plans.

Sadio Mane was outstanding during the qualifiers and the Liverpool forward is one of the numerous players to keep an eye on in the tournament proper.

For the first time, Zimbabwe have qualified for three consecutive continental tournaments although it is safe to say that they did not impress during the first two where they suffered group-stage exits on both occasions.

Since a 1-0 triumph over Botswana which confirmed the Warriors’ place at this year’s AFCON, they have failed to win any of the subsequent 12 matches across all competitions and are in need of a pick-me-up.

Norman Mapeza’s men did hold Sudan to a 0-0 draw in their final warm-up fixture on Sunday and will hope to build on that going forward.The absences of star man Khama Billiat and Marvellous Nakamba is a huge blow for Zimbabwe, while the availability of Jordan Zemura continues to hang in the balance.

Lyon forward Tino Kadewere is yet to find the back of the net in Ligue 1 this term but will need to get going in front of goal if his side are to enjoy a fruitful tournament in Cameroon.

The Senegal vs Zimbabwe odds for all three possible match results are as follows:

No doubt, Senegal will definitely defeats Zimbabwe in today’s game as both teams is set to slug it out in the ongoing African Cup of Nations, AFCON, in Cameroon, the hosting country.