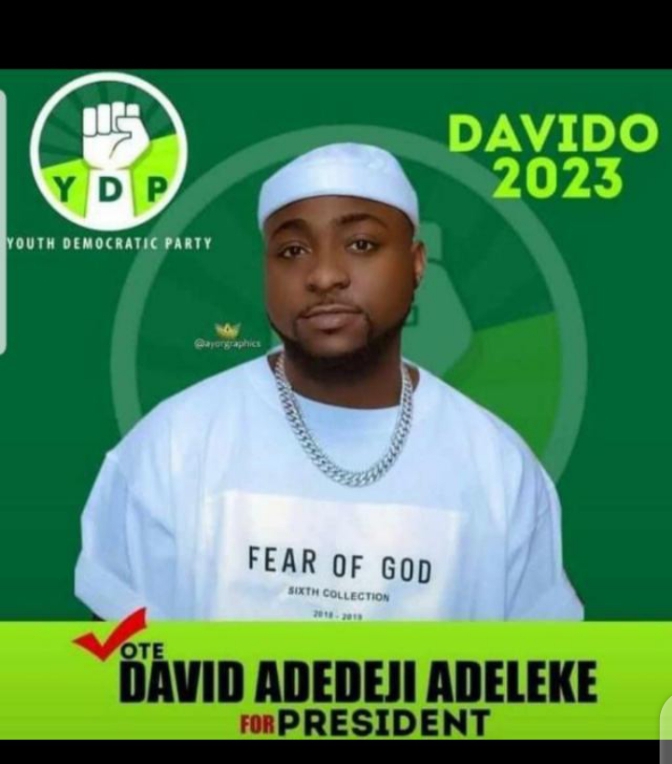 As the protest continue in Nigeria over #ENDSARs, Some youths had seen it as an opportunity to get a support from the Nigerian youths over their ambition to become the president come 2023 presidential election. 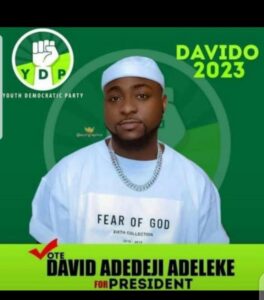 It is cleared as it is been editted into a election poster by some Nigeria youths.

The picture which is now on twitter and some other social media pictured Davido as the candidate that will represent Youth Democrat Party (YDP), a propose political party by End SARS protesters.

Davido have been engaging with some politicians and IG of Police and some other stakeholders to see way for about the rising agitations from the youth demanding the Nigeria Police and Federal government to disband SARS a unit under Nigeria police force which the government and Nigeria police have done this past Sunday.

Davido which his uncle Adeleke lost last governorship election in Osun State has been seen by some people (can I say his supporters) as the right person to flag the YDP flag if eventually the propose political party is register and recognize by INEC.

One of his followers believe that Davido is the right man for the job.