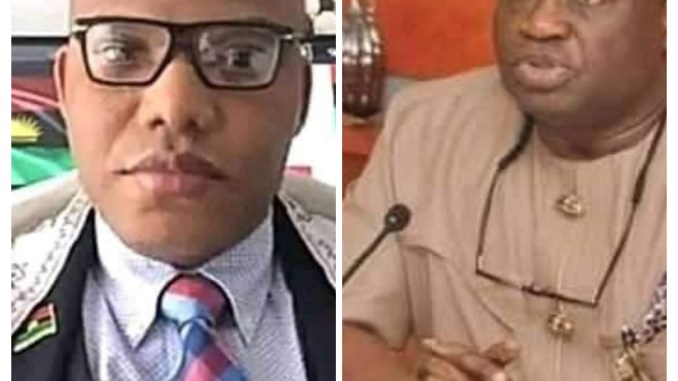 The Executive Governor of Abia State, Okezie Ikpeazu has given the leader of the Indigenous People of Biafra(IPOB), Prince Mazi Nnamdi Kanu 21 days ultimatum to come home and take his rightful seat as the ‘‘King of Ibeku’ as custom demand or lose your kingship to other sets of families.

Meanwhile, Prince Mazi Nnamdi Kanu is the next in line to take over the kingship in the Ibeku community since the death of his late father. 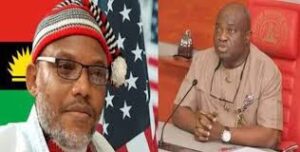 Okezie Ikpeazu has ordered Nnamdi Kanu to come back home and be crown king of Ibeku or he will appoint another king himself in replace of him.

The governor made this known while speaking to newsmen in UMUAHIA as monitored by the correspondent #Africanreporters, the governor was quoted as saying that AFARA IBEKU will not remain without a king after 21 days. 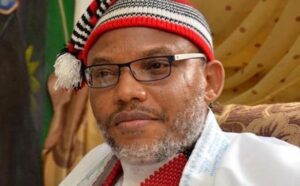 According to him, “I have decided to take the final decision as the executive GOVERNOR of Abia state!.

“He is the reason I didn’t develop Abia and complete some of the projects I promised to do because each time I go to the FG to demand money, they always tell me that my state is harboring Terrorists!

“Nnamdi committed an offense and ran away before the unfortunate death of his father.

“If after 21 days from now and he fails to come back and be CROWNED the king of IBEKU, I will have no option than to appoint a king myself and whoever I appoint must remain till I leave office!!

“I am the most powerful man in Abia and whatever decision I take must stand,” Okazie concluded.