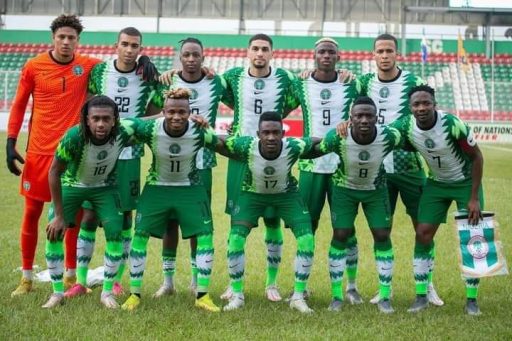 A team that has always shown immense capabilities, littered with exceptional talents, prowess and potentials but, at most, which has often times ‘flattered to deceive’.

With the last major medal achievement being the AFCON 2013 trophy which the super eagles of Nigeria won by defeating Burkina Faso 1 – 0, it has since then been a story of “barely getting up and falling down immediately”.

A team well stocked with capable weaponry in terms of players consisting majorly of foreign-based players coupled with periodic scouting of players from the same foreign land for upcoming tournaments, and yet still could hardly reach the quarterfinal stage of all the competitions they featured in ever since 2013, seriously leaves a lot to be desired.

The administrative body of football governing soccer matters in the country are as well not entirely positively contributing to things going on – untimely payment of match allowances, addressing of relevant issues pertaining to clearance of team’s involvement in tournaments right on time, recent unnecessary termination of the technical director’s contract just at the eve of the prestigious AFCON TOURNAMENT, are all just the crises bedeviling the Nation’s Football System.

Invitation of fresh faces in addition to the exciting talents who has been mainstay within the Eagles’ camp will trigger the usual super-excitements the football faithful around the country always feels while preparing for major tournaments.

The exclusion of the already world class striker in Victor Osimhen lost to injury coupled with the ‘last hour’ withdrawal of Odion Ighalo due to contractual terms and conditions with his club side, will leave the Eagles depleted with the attacking freshness and experience necessary for progress but we should hope the talents still available for selection can get the work done.