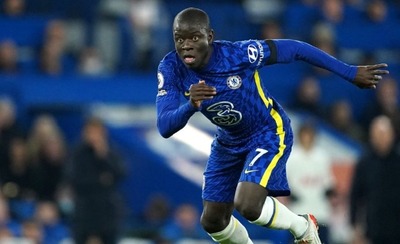 The Blues are currently in a difficult position because Kante’s contract is coming to an end, and the experienced France international will be a free agent at the end of the season.

According to Romano, while Kante adores Chelsea, the club appears to be moving in a different direction, focusing on younger players.

Kante has been a fantastic servant to the club, but it’s not surprising that he won’t be able to continue playing a key role for the west London giants.

The 31-year-old is not getting any younger and has had fitness issues in recent times, so it appears it is now up to Chelsea manager Potter to change the situation, if he so desires.

“It’s too early to say where Kante could go,” Romano said. “He doesn’t appear to be staying because there is still no agreement.”

“Kante loves Chelsea and would like to stay, but the club’s salary/young players project is taking a different path.” Chelsea is looking for a number of young and talented midfielders who will be ready in 2023, either in January or in the summer.

“Only Graham Potter has the ability to change the situation.”

Chelsea may be ready to move on, but many fans will be disappointed to see this legendary figure depart.

Kante joined Chelsea in 2016 and helped them win the Premier League title in his first season, as well as the PFA Player of the Year award.

Later on, Kante ended up raising his game when it really mattered once more, as the Blues won a surprise Champions League final victory against Manchester City in 2021, with Kante being named man of the match.