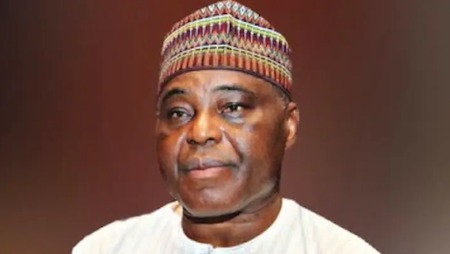 Dokpesi, a prominent leader of the Peoples Democratic Party (PDP), was arrested at London’s Heathrow airport late Sunday, according to reports.

According to the report, Dokpesi boarded Lufthansa Flight LH916 from Frankfurt to London and was picked up at Heathrow Airport’s Terminal 2.

However, in a statement issued on Monday morning, AIT clarified the situation.

“Dokpesi was delayed at the airport for several hours before his passport was stamped and he was cleared for entry into the country by British Immigration officials.

“His visit to the United Kingdom is not unconnected to the invitation of the Peoples Democratic Party presidential candidate Atiku Abubakar by the British government to share perspectives on issues around the 2023 presidential elections.

“Chief Dokpesi wishes to thank everyone for their love, prayers, and support in the aftermath of the incident, and to reassure everyone that he is fine and well.”

According to the statement, the PDP chieftain traveled to London in response to the British government’s invitation to the party’s presidential candidate, Atiku Abubakar, to share perspectives on issues surrounding the presidential election next month.