Akpabio names lawmakers who get NDDC contracts list out 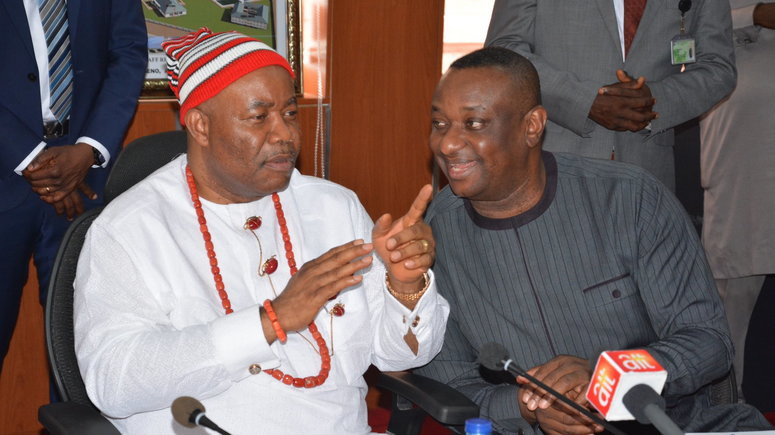 The list containing names of Senators and House of Representatives members involved in the Niger Delta Development Commission, NDDC, contracts has surfaced.

Recall that Minister of Niger Delta Affairs, Godswill Akpabio had earlier fingered NASS members in the NDDC projects, with claims that they collected 60 percent of the contracts in NDDC while NASS demanded that the Minister named the involved lawmakers within 48 hours.

But, Within the time frame, the Minister sent a letter to the Committee which was read as a retraction to his previous claims.

In the letter, Senator Akpabio was said to have denied accusing members of the National Assembly of collecting 60 percent of the contracts in NDDC. 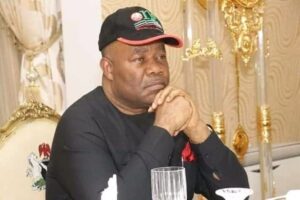 Meanwhile, the list containing names of Senators and House of Representatives members involved in the Niger Delta Development Commission, NDDC, contracts has surfaced.

It was learned that the Minister of Niger Delta Affairs, Godswill Akpabio submitted the names to the National Assembly committees probing the activities of the commission last Thursday.

The list was part of a letter the Minister sent to the National Assembly and also copied the Attorney General of the Federation and Minister of Justice, Abubakar Malami.

However, following the alleged failure of the lawmakers to read that part of the letter, the National Youth Council of Nigeria presented the document to the media in Abuja on Sunday.

Akpabio addressed the letter to the Speaker of the House of Representatives, Rt. Hon. Femi Gbajabiamila, who had threatened to drag him before the court if he fails to name the lawmakers that had benefited from NDDC contracts…

The letter read in part:

“I refer to the resolution of the House passed on the 21st July 2020 and forwarded to me on the same day Ref. NASS/HR/LEG/3/36/VOL.ll/O8 directing me to respond to the contents therein within 48.”

In the letter, the Minister explained that the Committee on NDDC did not allow him to provide a detailed explanation of his claim that most contracts in the commission were being awarded yearly since 2001 to members of the National Assembly in both Chambers.

He said, however, that the two Chairmen of the Committees in both Chambers had adequate knowledge of the contracts.

“I never referred to members of the 9th National Assembly as beneficiaries of NDDC contracts as NDDC is yet to fully implement any NDDC budget since the commencement of the 9th National Assembly. In fact. the 2019 budget passed in February and harmonized between the 4th and 5th of March 2020 was received by the Commission in the middle of April, 2020, when same was designated to expire on the 31st of May, 2020,” Akpabio continued.

“However, it is pertinent to point out that the Clerk of the National Assembly forwarded a letter Ref. NASS/CNA/115/VOL.38/1175, dated 20th March 2020, without attaching the budget details indicating that the 2020 budget of the NDDC passed into Law was being forwarded (copy of the letter is attached as Annexure ‘A’). This anomaly was brought to the attention of the Senate Ad Hoc Committee investigating a purported financial recklessness by the management of the commission in July 2020, though the first outcry was on allegation of missing N40bn which was totally untrue;

“It has always been known that the two chairmen of the committees on NDDC in both chambers yearly exhibit unusual influence to the exclusion of committee members and even the management of the NDDC in appropriating funds to details embellished in the budget after the passage of line items at the plenaries. In the 2019 budget, the Executive Director Projects forwarded to me the attached list of 19 Nos. old contracts amounting to almost N9bn after tax, that the House of Representatives Committee Chairman on NDDC, Honourable Tunji-Ojo, insisted the IMC of NDDC must pay before 2019 budget details could be released to the commission (see Annexure ‘A1’),” he said.