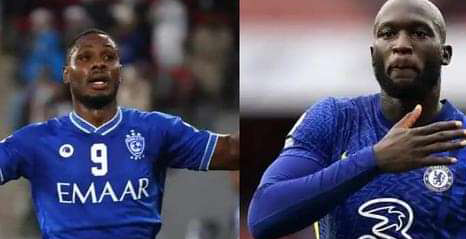 No doubt, This is Chelsea’s 2nd appearance at the FIFA CWC tournament, secured with their Champions League final victory over Man City last season. Back in 2012, Where Chelsea beat Monterrey in the last four and last defeated by Corinthians in the final.

Thomas Tuchel is not among the Blues’s squad to Abu Dhabi as he is not able to join them in Abu Dhabi later in the week due to COVID-19.

Al Hilal is managed by former Monaco boss Leonardo Jardim and beat Al Jazira 6-1 on Sunday to set up a clash against Chelsea.

The Mohammed bin Zayed Stadium in Abu Dhabi will host it.

Where to watch Al Hilal vs Chelsea

TV channel: Today’s game will be broadcast live in the UK on E4. Coverage begins at 5:30 pm GMT.

Live stream: Fans can watch the game online through All4 or WatchBBCSport.

Al Hilal striker, Odion Ighalo and ex-West Brom player Matheus Pereira both scored in Al Hilal’s semi-final win and can be expected to start against Chelsea and lead the attacking threat. For the Blues, Reece James is part of the 23-man squad to have traveled through is a big doubt for the tournament as he continues his comeback from injury.

Edouard Mendy, who won the Africa Cup of Nations with Senegal on Sunday, is expected to join up with the Chelsea squad later in the week and miss the semi-final clash. Mason Mount is a doubt, having missed Sunday’s training session with a knock, but could still recover in time to face Al Hilal.

It would be a huge shock if Chelsea did not make it through to the Club World Cup final.

Al Hilal was impressive in their opening match but now faces a huge step up in class, and the Blues should have more than enough to come through.

It is ten years since a non-European club won the tournament – not since the inaugural staging of the Club World Cup in 2000 has the European side failed to reach the final.