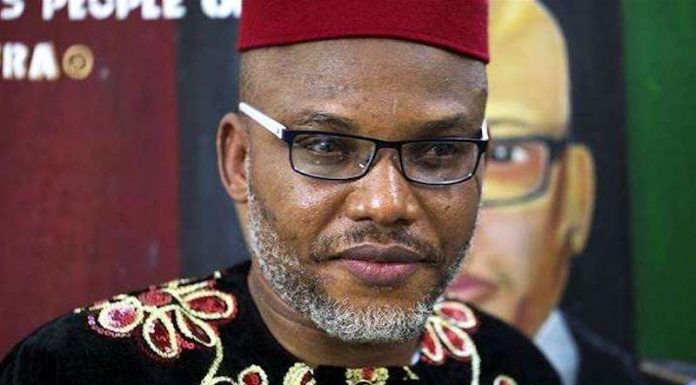 The Leader of Indigenous People of Biafra(IPOB), Nnamdi Kanu, has called on Christians serving in the Nigerian army to resign.

He said this is because the Nigerian military logo has an Arabic inscription that reads “Victory for Allah alone” But there are Christians in the Nigerian Army.

According to Kanu in his Live broadcast said, “Tonight I’m telling the Christians in the Nigerian Army to resign and go back to their regions and get ready to defend their land and people.”

The motto ‘Nasruminallah’ which means victory comes from Allah alone, was the motto written on the banner under which the Nigerian indigenous forces fought against the invading colonial forces. The motto was once that of Shehu Usman Dan Fodio, chief of the Sokoto Caliphate.