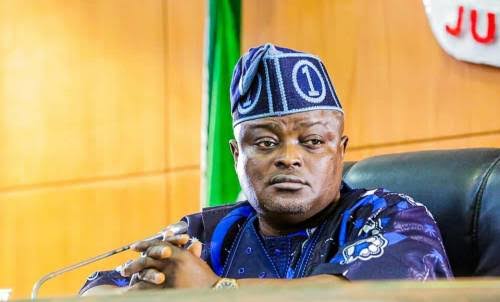 A Federal High Court sitting in Lagos has ordered the temporary freezing of three accounts belonging to the Speaker of the Lagos State House of Assembly, Mudashiru Obasa.

The order was pursuant to a motion ex parte filed by the Economic and Financial Crimes Commission which is investigating the Speaker for alleged fraud.

According to the court papers obtained by Sahara Reporters marked FHC/L/CS/1069/2020, Obasa’s three accounts with Standard Chartered Bank are under restriction pending the conclusion of the substantive probe.

The order which was signed by the court’s registrar, Adebimpe Oni, was made on September 15, 2020.

The anti-graft agency said it filed the matter “Pursuant to section 44 (2) (K) of the Constitution of the Federal Republic of Nigeria 1999 (as amended) and section 26, 29, and 34 (1) of the Economic and Financial Crimes Commission (Establishment) Act, 2004, and under the inherent jurisdiction of this honourable court.”

Obasa has been in the custody of the EFCC responding to allegations of fraud.

The Spokesman for the EFCC, Wilson Uwujaren, told our correspondent that Obasa was invited and he honoured the invitation on Thursday.

“He was invited, not arrested. He is responding to questions,” Uwujaren said.

Obasa, who is a two-time Speaker of the House, has been facing several allegations of corruption. Punch