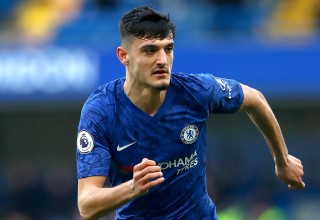 His performance on Tuesday, “Wow” Chelsea fans on his display on the pre-season friendly match against Bournemouth.

Broja, he was substitute in the second half, against Cherries last night. And he equalise the goal, 1-1 with Bournemouth leading with 1-0 in the end of first half. But, the match ends in favour of Chelsea. Bournemouth 1- Chelsea 2.

Armando Broja,  with the Blues this season as he signed five contract with Thomas Tuchel, Chelsea coach.

Meanwhile, Broja trained with the Blues squads to played against Drogheda United, But, the cancelled due to symptoms of Covid-19 test on one of the Chelsea’s staff, who tests positive to the virus.

Presently, Chelsea’s staff is in a good health, after 14 days for Self-Isolation, to control the spread of the virus.

No doubt, Armando Broja, energetic younger talented, with Chelsea this new season, as fixtures in all match, if physically fit.

Former Chelsea striker, Tammy Abraham has leave the club to joined other club as the new season is coming closer.

According to report, Tuchel still bidding to secure Borussia Dortmund, whose bid is the highest in the transfer market, Erling Haaland, goes for £150 million.