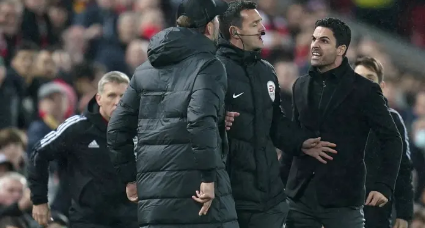 The Gunners extended their winning streak to four matches as they got a 2 – 1 win over 7th placed Wolverhampton Wanderers in a crunch encounter between both clubs.

The North London based club Arsenal were dominant all through the match as they recorded all the maximum three points in tonight’s league match. Goals from Nicolas Pepe and Alexandre Lacazette sealed the comeback victory for Arsenal while Hee-Wang scored a consolation goal for Wolverhampton Wanderers. Let’s take a look at three tactical decisions Mikel Arteta made during their game against Wolverhampton Wanderers;

1. GOOD LINE UP AND FORMATION: The Spanish and Arsenal head coach Mikel Arteta used a 3-3 formation in tonight’s EPL match.

The inclusion of some key players in the starting lineup contributed to their comeback victory over Wolverhampton Wanderers. 2. TACTICAL SUBSTITUTION: The Spanish and Arsenal tactician Mikel Arteta made three substitutions in the second half. The Arsenal head coach brought in Nviolas Pepe, Edward Nketiah and Nuno Tavares to replace the tired players.

The quick decision to bring in two attacking players was a tactical masterclass implemented by Mikel Arteta. 3. CHANGE OF STYLE: The Spanish and Arsenal tactician Mikel Arteta used Ben White and Gabriel as center backs in order to shield the defence.

In the second half, The Arsenal tactician changed to a 4-1-4-1 formation in order to prevent their opponent from controlling the match.