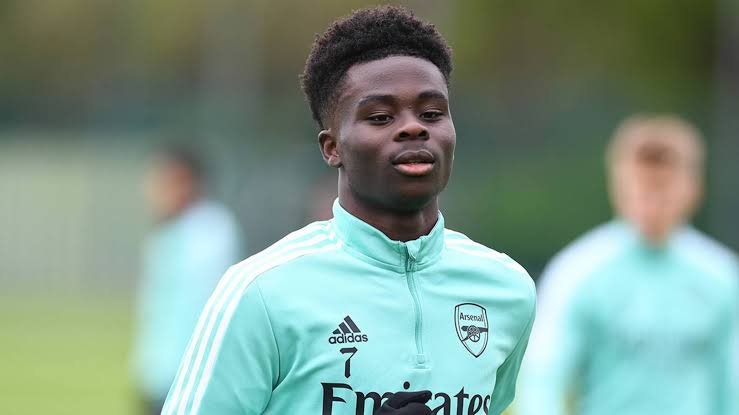 Bukayo Saka, who joined Arsenal’s academy at the age of 7-year-old, before being given his first professional contract at 17-years-old.

England forward Bukayo Saka was left “speechless” after Arsenal presented him with hundreds of messages of support following Euro 2020.

The 19-year-old was subjected to racial abuse, as were Marcus Rashford and Jadon Sancho, after missing a penalty in the final of the Euros last month.

Arsenal displayed cards, letters and gifts on a wall for Saka on his return to the Gunners’ training ground.

“I’m speechless. How do I even say thank you for all of this?” Saka said.

“Can I just pick it all up and take it home?”

One of the messages was from a young fan who invited Saka to play football in the park and would “let him win”.

Saka was one of the standout performers for England in the tournament, but his shootout penalty was saved by Italian goalkeeper Gianluigi Donnarumma.

In response to the abuse that followed, the England international said:

“There is no place for racism or hate of any kind in football or in any area of society.”

Meanwhile, Arsenal Premier League match will kick-off with the newly promoted, club into the EPL, Brentford on Friday, 13 August.