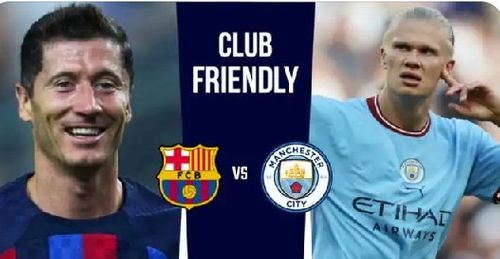 Manchester City is set to play against Barcelona at Camp Nou in a charity match to raise raise funds for ALS (amyotrophic lateral sclerosis) research. The timing of the friendly match is quite unusual. The match is being organised by a former Barcelona goalkeeper trainer, Juan Carlos Unzue who was recently diagnosed with ALS.

Apparently because of the good working relationship Juan Carlos Unzue had with Barcelona and Pep Guardiola, it was easy for both Manchester City and Barcelona to agree to this charity match whose sole purpose is to raise funds for a noble cause indeed. Besides the match being staged on a Wednesday is perfect being that these clubs are used to playing on both Wednesdays and weekends because of being involved in the Champions League.

Any match between Manchester City and Barcelona will always be exciting even if it is a friendly match so how will each club line up? Barcelona may likely want to field a much changed team than the one that played against Rayo Vallecano and Real Sociedad. Some fringe players will be given the opportunity to get some minutes. Barcelona will likely start with Pena; Kounde, Pique, Alba; Kessie, Gavi; Roberto, Torres, Pjanic, Dembele and Braithwaite.

On the other hand, Manchester City may also field a much changed team to give their new signings some minutes. The new players include Julian Alvarez, Sergio Gomez, Kalvin Philips and Stefan Ortega. Pep Guardiola will likely start with: Ortega; Gomez, Stones, Dias, Lewis; Palmer, Phillips, Grealish; Foden, Alvarez and Mahrez.

Since it is a friendly match meant for entertainment there will be quite a few goals in it. Manchester City will likely carry the day because their Team B is definitely stronger than Barcelona’s.