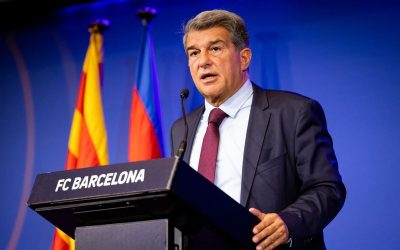 Barcelona is in debt of €1.35 billion, the club’s president Laporta confirmed on Monday. He revealed the numbers, as he defended his brief tenure from criticism, pointing fingers at his predecessor, Jose Maria Bartomeu. Laporta came into office in March, after winning the elections which followed Bartomeu’s resignation in October 2020.

“As of March 21, 2021, the debt was €1.35bn. Bartomeu was plugging holes in the short term and mortgaging the club in the long term. That leaves us a dramatic inheritance.

It comes almost a week after Lionel Messi left the club to sign for Paris Saint-Germain. Messi departed after Barcelona was unable to register a new contract for him within the strict LaLiga imposed salary cap.