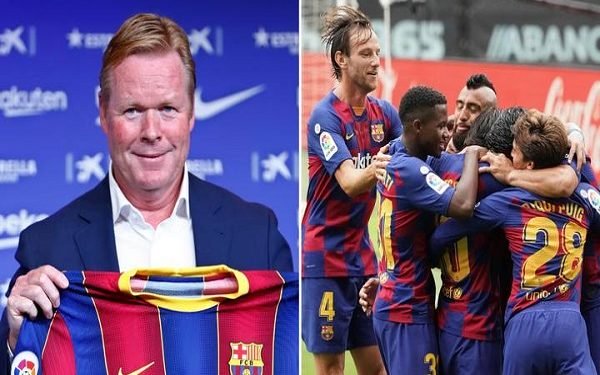 KOEMAN- Barcelona New Boss, Ronald Koeman submits four-players for the club before the closed of the window transfer. 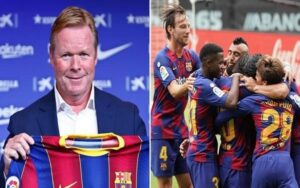 Those three players are from the Netherlands under Koeman with Olympique Lyonnais forward Memphis Depay chief among them, alongside Liverpool midfielder Georginio Wijnaldum and Inter central defender Stefan de Vrij.

It is claimed that Manchester City defender Eric Garcia, who came through the Blaugrana’s youth academy, is the other player who has been identified by Koeman.

Memphis, Wijnaldum, and Garcia are all players who are entering the final year of their respective contracts, meaning that all three of their parent clubs are likely to consider a sale at a reduced market price.

READ ALSO:  BREAKING: Messi agreed to stay with Barcelona If

Miralem Pjanic, Juventus midfielder, is the only confirmed arrival at the Camp Nou so far this summer – although young forwards Pedri and Francisco Trincao have joined from Las Palmas and Braga respectively – with midfielders Arthur Melo and Ivan Rakitic among those who have left the club.