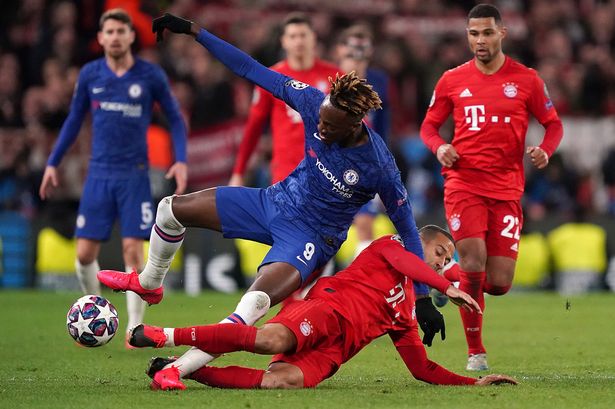 Bayern vs Chelsea- Chelsea defied all the odds when they went to the Allianz Arena in 2012. And won the Champions League Trophy in front of the Bayern fans, you can’t write Chelsea off today in the same stadium.

Who will win on Saturday?

Bayern Munich’s first-leg win was their sixth UEFA Champions League (UCL) victory via a margin of 2+ goals this season, including all three clashes with English opposition. Six of their seven European games this season have now produced over 2.5 goals, whilst 20 (74.07%) of their 27 UCL goals this term came after HT.

Chelsea, meanwhile, come into this match after a 2-1 defeat to Arsenal in the FA Cup final that extended their run of competitive games without a draw to 14 (W10, L4). However, not since September have they followed up one loss with another next time out (W10, D3).

We have put together a 70/1 odds special for tonight’s Champions League game.

Bayern vs Chelsea on France TV