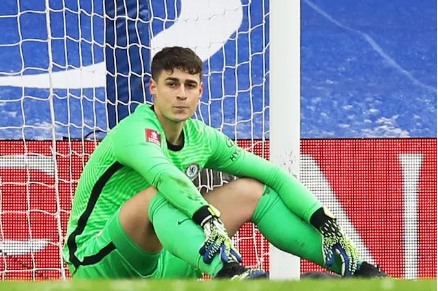 Chelsea fc is currently representing the European continent as the European champions in the FIFA Club World Cup championship that is ongoing in Abu Dhabi. The London team travelled to Abu Dhabi without their first-choice goalkeeper, Edouard Mendy, who was on international duty with Senegal, as Kepa Arrizabalaga played in his absence, but in my opinion, Kepa needs to be benched so that Chelsea can be confident of winning the Club World Cup, as Mendy is clearly a better goalkeeper than Kepa, and will be inspired to win another trophy, after winning the AFCON with Senegal. Chelsea may be making the wrong decision if they decide to risk leaving Kepa in goal against Palmeiras on Saturday, after their first choice goalkeeper who is FIFA’s best goalkeeper of the year returned from international duty. Chelsea did not find it easy as they faced Al Hilal this evening, as the London team won the match with a 1-0 scoreline, after Romelu Lukaku benefited from a defensive error by the Al Hilal players to give Chelsea the win.