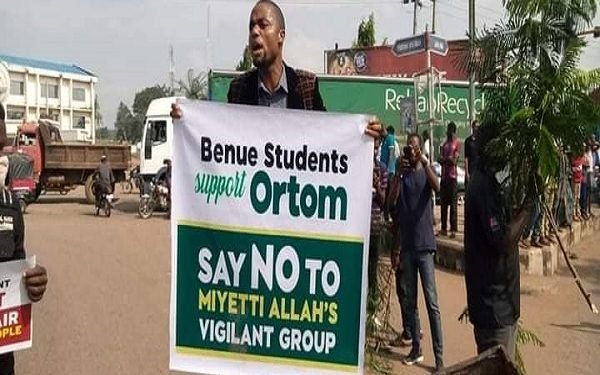 The students of Benue in the state have taken to the streets to protest against the killings in the state by suspected herdsmen.

Meanwhile, they called on the Meyitti Allah Vigilante Group to leave the State immediately or face the rust of their sanction. 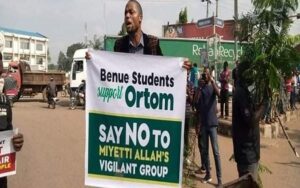 At this moment, The students are heading to the State Government House in Makurdi as at the time of filing this report.