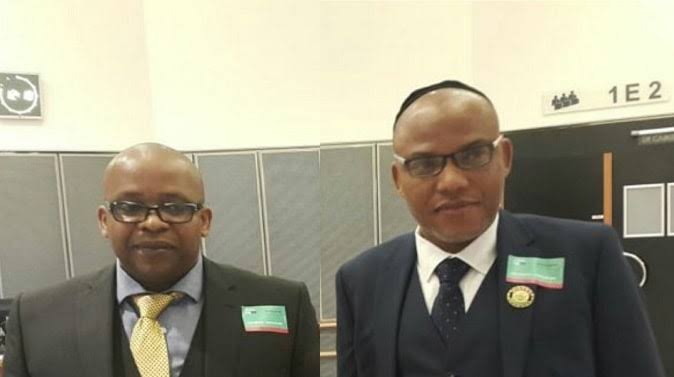 Biafra has finally gotten the allegiance of the Ambazonians as they formally unite together in a long meeting in Germany. Reporting this by the leader of the Indigenous Peoples of Biafra, IPOB, Mazi Nnamdi Kanu he wrote.

It is my pleasure to announce that a few days ago in Berlin Germany, our principal officers of state under the supervision of the Head of Directorate of State (DOS) of the Indigenous People of Biafra Mazi Chika Edoziem entered into a historic alliance with representatives of the government of the people of Ambazonia in Germany.

READ ALSO: Why I Am Fighting For Biafra ,Nnamdi Kanu

The three-day meeting was followed by the signing of a historic Treaty of Brotherhood between the two emerging nations. Ambazonia, officially the Federal Republic of Ambazonia and commonly referred to as Amba Land, is a self-declared state in the 1st Oct. 2017, internationally considered an autonomous anglophone state of the UN-created Cameroon federation of 1961.

The ambazonians were officially founded in 1 October 2017 with a land mass area of about 42,710 km². Their local calling code is +237 (Cameroon) having the name of their capital city as Buea.

Today being 1st of Nov, 2020, the Biafran leader Mazi Nnamdi Kanu announced the Emerging of the two Nations Biafra and Ambazonia.