May 23, 2020 Biafrans in America gives full support to Donald Trump for re-election 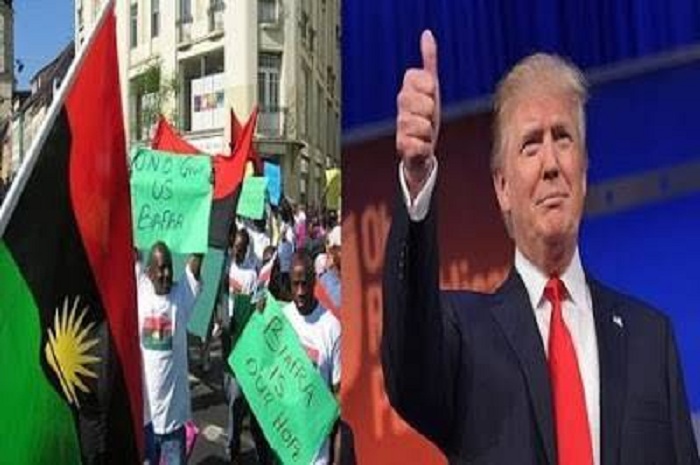 The Indigenous People of Biafra(IPOB), American chapter, have thrown their weight behind the current leadership of President Donald Trump of the United States of America(USA) whom they described as a God sent to the entire world.

In the latest developments by the Indigenous People of Biafra, IPOB, America chapter they have all decided to vote in mass for Donald Trump whom they believe as the best president that has ever existed in the history of America only but few of American president can be equated to the achievements attributed to President Trump.

Like we said he has always been a supporter for the liberation of the different people and we know that once the president gets his second term in office Donald Trump will give us all the backing to make sure that we have our way to live in a land where peace Justice and equity will be a watchword as God’s own people that we are.

Donald Trump is a man known to be God-fearing and has all the capabilities and characteristics of a good leader which we can only find in our own able leader Mazi Nnamdi Kanu these are men with integrity men of Honor men who believe in the betterment of others ahead of them why won’t we support the re-election of Donald Trump when he has our interest at heart.

In Donald Trump will believe in him we support all our own allied support will be for his re-election no matter how hard they fight all we know is that God in heaven will give him the victory that it needed to lead America and make the world a better place for all to leave in God bless America and God bless the Republic of Biafra.