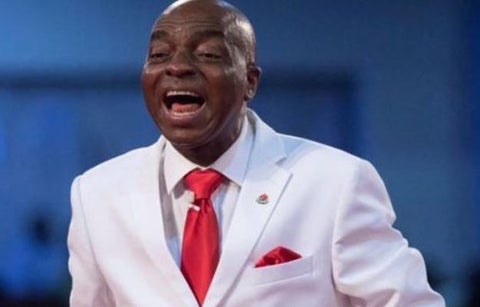 Bishop David Oyedepo, Founder and President of the Living Faith International(a.k.a Winners Chapel), has cautious the Lagos State Government’s decision to continue with the current ban of Churches and other worship centers in the state.

Meanwhile, Bishop Oyrdepo stated this clearly that, “It is only God Almighty that can take this scourge away from the surface of the earth, as he is and him alone as all the wisdom belong human imagination to proffer a long-lasting solution to the current outbreak of this deadly virus known as ‘coronavirus.”

However, Bishop Oyedepo was reacting to the statement attributed to the current Commissioner for Home Affairs, Prince Anofiu Elegushi.

The Commissioner for Home Affairs, Prince Anofiu Elegushi said the possibility of reopening Churches and Mosques in the state had been ruled out.

Elegushi said, “Even before the pronouncement by Federal Government, we have been having meetings with the religious leaders; we even have one with safety Commission. Looking at the possibility of reopening of religious houses.

“We also had one with the leaders of the two faith and I want to tell you categorically that at that meeting, the possibility of reopening religious houses was ruled out totally.”

“So in the meeting, we ruled out in totality the issue of reopening the religious houses until we have a clear coast for us to do so. The Federal Government mentioned it, but it never ruled out the state in achieving that pronouncement, so all states will have to look at the possibility of doing so in their respective states.

“We all know Lagos is still having more figures.

“So definitely that will speak to our decision. But the governor of the state will come out with further directives. We will call the two faith together and discuss the pronouncement and I can assure you that they themselves will tell us not to do it.’’

Bishop Oyedepo advises the government of Babajide Sanwo-Olu of Lagos State to put into consideration that we must put God first in our everyday living, regardless of whatever the Devil may be thrown at us in the name of virus.