BRE vs CHE: 4 Chelsea players that will miss Wednesday games and how Tuchel should boost 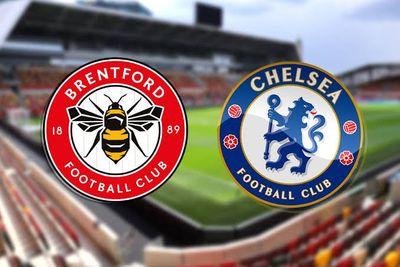 The Blues manager, Thomas Tuchel, will return his squad men to action on Wednesday evening after intensive training to play against Brentford in the Carabao Cup quarter-finals, to to qualify to the next stage of the UCL. Chelsea have now gone two games without a win and will be looking to end their winless streak when they face struggling Brantford on Wednesday.

Both teams met earlier this season, with Chelsea coming out on top thanks to Ben Chilwell’s one-goal performance. However, Tuchel’s team may find it difficult this time around, as this is a cup game and both teams will be aiming to advance to the semi-finals on Wednesday. Meanwhile, let’s take a look at the Chelsea players who will be unavailable for Wednesday’s game.

Ben Chilwell will be out of the game on Wednesday. The Chelsea defender, who had been making excellent progress in his recovery from a knee injury, tested positive for coronavirus on Thursday and will thus be unable to play on Wednesday.

Tuchel revealed before last week’s game against Everton that Lukaku had tested positive for coronavirus, which means he is now in self-isolation and will not play in Wednesday’s quarter-final match against Brantford.

The Chelsea attacker was ruled out of the games against Everton and Wolves after testing positive for coronavirus. This means he is now in self-isolation and will not play in the game on Wednesday.

Hudson-Odoi is also one of the players who tested positive for coronavirus. He will not play on Wednesday.

Here are two players who could return for Wednesday’s game; Kai Havertz and
Jorginho

After recovering from a minor illness, the German attacker was spotted in today’s practice. He is expected to return to the starting lineup to bolster Chelsea’s offense.

Jorginho is fully ready, as he returned to training after tests revealed that he is not infected with the Coronavirus. He is expected to make the starting lineup for Wednesday’s game.