May 21, 2020 BREAKING: Buhari sacked NECO Boss and Four Others 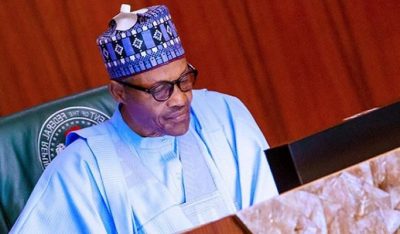 Prof Charles Uwakwe, the Registrar and Chief Executive of the National Examinations Council (NECO) have been sacked by President Muhammadu Buhari who terminates his appointment with an immediate effect.

President Buhari in a letter, dated May 11 and signed by the Permanent Secretary in the Federal Ministry of Education, Sonny Echono, on behalf of the Minister of Education, Adamu Adamu.

Meanwhile, Abubakar Gana had been appointed as the acting Registrar of the council since 2018 when Uwakwe was suspended.

In the letter, Uwakwe was accused of violating the Public Procurement Act (2007) and pursuant to PSR 030402 and Part 1 schedule 4 (i) of the NECO Establishment Act.

He was suspended in May 2018 by the Federal Ministry of Education, the parent ministry of the agency, for alleged financial mismanagement and abuse of office.

It was alleged that Uwakwe and some top officials of the council allegedly awarded contracts to the tune of N25 billion without following due process.

The Head of NECO Information and Public Relations Division, Mr. Azeez Sani, confirmed the sacked of the NECO Registrar had been relieved of his appointment by the President, while four members of the management had also been dismissed.