BREAKING: CAF fine Egypt $100,000 ahead of the semi-final clash against Cameroon 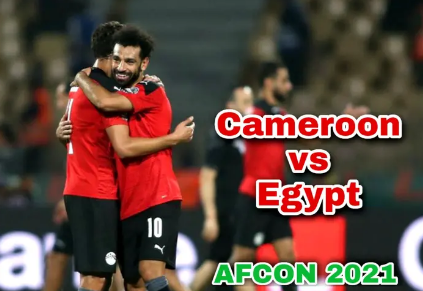 According to completesports, it has been confirmed that the Egyptian Football Federation has been fined $100,000 by CAF’s Disciplinary Board, for failing to honour a pre-match press conference ahead of their AFCON 2021 quarter-final clash with Morocco at the weekend.

This was announced in a statement released on CAF’s website. It comes ahead of the Pharaohs’ semi-final tie with hosts Cameroon on Thursday.

”The CAF Disciplinary Board has imposed a fine of 100 000 USD, with 50 000 suspended, to the Egypt Football Association (EFA) for breaching CAF TotalEnergies Africa Cup of Nations Cameroon 2021 media protocols and directives. jamb result

“This is after Egypt FA failed to honour a media press conference on 29 January 2022 ahead of their match against Morocco in the TotalEnergies Africa Cup of Nations quarterfinals in Ahmadou Ahidjo Stadium which is part of the obligations for all the participating teams.

“Media and CAF Rights Holders had waited almost two hours for Egypt to arrive for the scheduled press conference.

“The other 50.000 USD is suspended on the condition that Egypt FA are not found guilty with a similar offence during the Total Energies African Cup Of Nations, Cameroon 2021 as a result of the team failing to observe CAF’s Decisions and Directives as agreed at the pre-tournament teams’ associations media and marketing meeting and further amplified by the documentation and Directives given to them upon their arrival to Cameroun.”