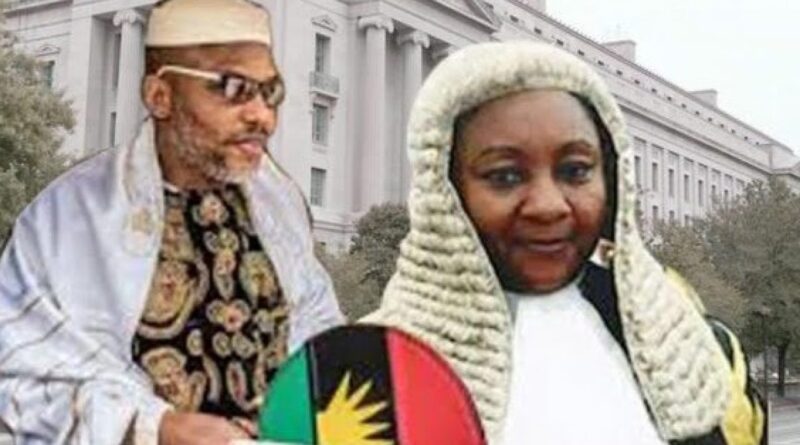 The federal high court in Abuja us set to commence the trial of Nnamdi Kanu, leader of the Proscribed Indigenous People of Biafra, IPOB group.

The case scheduled for November 26th, will see five prosecution witnesses lined up to testify against Kanu. This is according to a hearing notice served on the prosecution team in the office of the attorney general and Kanu’s lawyer, Ifeanyi Ejiofor.

It will be recalled that Kanu’s bail was revoked in March 2019 by Justice Binta Nyarko, who also ordered for his arrest and directed that his trial on charges of treasonable felony proceed in his absence. She hinged the order on Kanu’s failure to appear in court since April 25th, 2017.

Kanu’s lawyer, Ejiofor, in response to the development maintained that Kanu’s disappearance was as a result of soldiers’ invasion of his home in Afara-Ukwu near Umuahia, Abia State, during military’s ‘Operation Python Dance II’ staged to quell agitation for Biafra Republic in September 2017.

She overruled Ejiofor’s objection, citing that there was no nexus between the said military invasion and the IPOB leader’s disappearance.

The court had on February 20, 2018, ordered the separation of Kanu’s trial from that of his original co-defendants to put a stop to further delays resulting from the IPOB leader’s continued absence from court.

Nnamdi Kanu’s sureties had been ordered by the court to either produce the IPOB leader in court or show cause why they should not forfeit their N100m bail bonds.