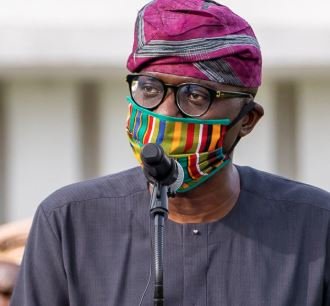 The family house of the Lagos state Governor Babajide Sanwo-Olu has been set ablaze by angry mob, News Direct can report.

According to videos shared on social media, hoodlums set fire on the governor’s family house located in Lagos Island.

Meanwhile, the National Leader of the All Progressives Congress, Asiwaju Bola Tinubu has denied the allegation that he ordered the military to attack peaceful protesters in Lagos.

Bola Tinubu made the denial in a chat with angry callers.

APC leader Ashiwaju Bola Ahmed Tinubu in a phone conversation which some #EndSARS protesters urged the youths to be law-abiding citizens.