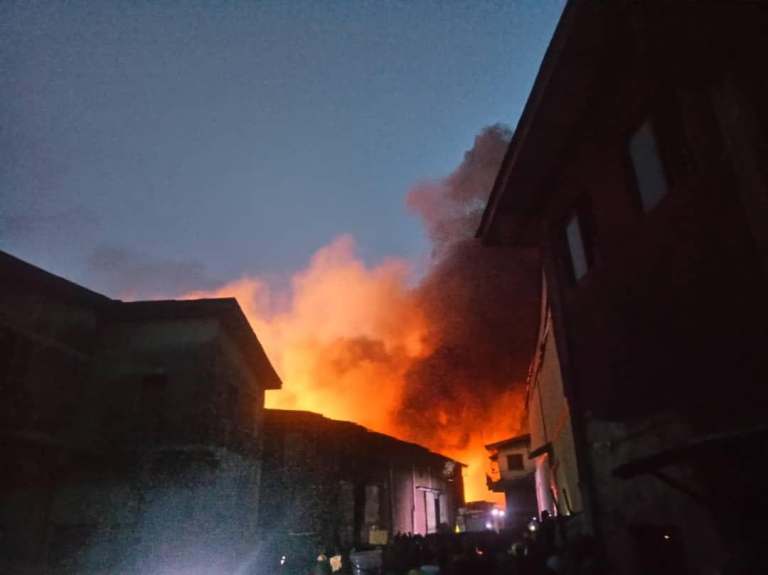 Report reaching us by our correspondent, that Iddo railway terminal is currently on fire as we filed this report in Ijora Olopa Area of Lagos state.

Meanwhile, the Director-General, Lagos State Emergency Management Agency, LASEMA, Dr. Femi Oke-Osanyintolu, has confirmed the incident, said, men of the federal and state fire services are on the ground to put out the fire.

According to our correspondent, said, the incident started at about 6:15 pm, Sunday.

“The agency activated its response team to the above scene to discover a fire which was caused by a power surge when electricity was restored.

“While there appears to be no loss of life, the agency is working alongside the Lagos And Federal Fire Services to control the fire and curtail the extensive spread of the flames.”