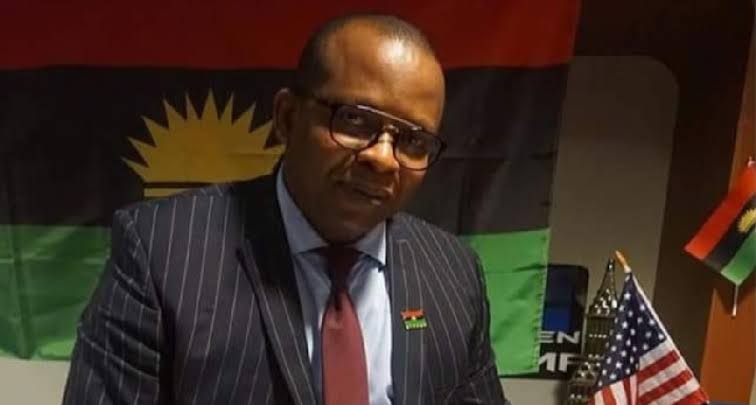 Uche Mefor, took this step, because of the clash he has with Nnamdi Kanu, over feud with his deputy.

Meanwhile, the former deputy leader of the Indigenous People Of Biafra (IPOB), deleted his Facebook page and disappeared into the thin air.

Barely two weeks after the report, Mefor has officially dumped the IPOB leader by Nnamdi Kanu and also Radio, which Nnamdi Kanu is the Director and launch his own radio station.

Mefor’s latest action and also deleting his Facebook page finally collaborate with the crack in the leadership of the Indigenous People of Biafra (IPOB) that was earlier reported in August.

The former IPOB leader seems to have been okay with Kanu’s approach especially with his claims that Nigeria’s President Muhammadu Buhari is dead and had since been replaced.

Although, Kanu had said in the past that Mefor had on several occasions cautioned him on his claim that President Muhammadu Buhari was dead and had since been replaced byJubril Al-Sudanni from Sudan.

“I keep saying this every time, my Deputy, Uche Mefor will say don’t say it, don’t say that Buhari is dead“, Kanu had said during one of his broadcasts on Radio Biafra in February.

Apart from this, Mefor had called for a change of approach and attitude among IPOB members but his appeals were met with verbal Assaults from members of his group.

The estranged IPOB deputy leader is said to be having a feud with Nnamdi Kanu which culminated in a very serious war of words between the duo IPOB leaders.

However, learned that Kanu who could not condone the overbearing nature of Uche Mefor according to sources who are very close to the IPOB leader secretly dismissed him from the hierarchy of the organization.

Mefor’s removal, was done in a secretive way to avoid raising unnecessary eyebrows which could further whittle the scant patronage currently enjoyed by the crooks in charge of the outlawed organization.

Source given an insight,why Uche Mefor and his Facebook page was taken down, the source, said that Mefor took that very decision because of security reasons.

The report quoted another reliable ally of Mefor to have said that Nnamdi Kanu crossed the red line after he disgraced their former African representative, George Onyibe who was a strong hitman of IPOB out of office.

“What will befall Nnamdi Kanu and IPOB in no distant time will be shocking. Any ear that hears it will tingle,” the ally said.

The IPOB’s leader, has been accused of being autocratic, arrogant, and fraudulent by some of his former allies. It is believed that the IPOB leader is running salary-driven freedom fighting movement.