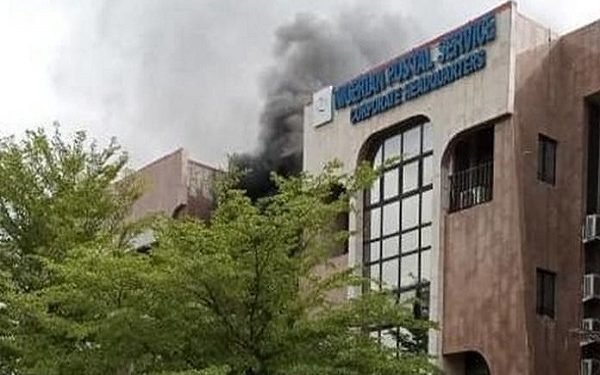 Mr. Abebayo Adewusi, The Post Master General/CEO of the Nigerian Poster service (NIPOST), has said there was no cause for alarm over the fire that gutted the headquarters of the agency in Abuja on Wednesday.

Adewusi, who confirmed the incident through his Twitter handle, hailed the Federal Fire Service and the Federal Capital Territory (FCT) fire departments for their quick response at putting out the fire.

He said the incident only affected the office of workers posting under the Personnel Unit.

According to the NIPOST boss, “no damage to any vital document was recorded”.

Adewusi also said the fire did not disrupt any of the agency’s operations.

The NIPOST headquarters was gutted by a fire on Wednesday, leading to panic and temporary disruption of activities within and around the complex.

Few of the senior officials in the building as well as security personnel were immediately evacuated, while firemen arrived on time and put out the fire without much damage to the building.

The cause of the incident could not be immediately ascertained last night.

The incident attracted a large crowd of people within and around the building, which is located at Area 10, Garki, in Abuja.