DELTA State Police Command today declared ex-Minister of State for Education, Olorogun Kenneth Gbagi, wanted for allegedly failing to honor an invitation by the Commissioner of Police, Mr. Hafiz Inuwa, for questioning over the purported dehumanization of some workers. 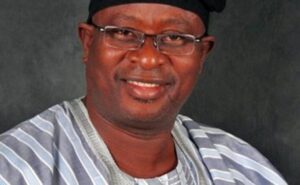 However, a Federal High Court in Abuja presided over by Justice Taiwo O Taiwo, had earlier today, restrained the Inspector General of  Police, Commissioner of Police, Delta state, whether by themselves, their agents, employees, or by whatever name called,  from threatening to arrest and detaining Gbagi pending the hearing and determination of his application for the enforcement of his fundamental human rights.