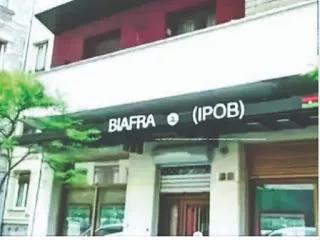 The National Broadcasting Commission, NBC, in Lagos, on Tuesday, said, Biafra Radio signal was detected in Lagos, obstructing others licence radio stations in the state.

Meanwhile, the NBC board is in search of the location where the signal is been originated from, here in Lagos.

However, vows to punish own if finally discovered. said, Radio station can only run in the country effectively if  approved by the board.

Call on the own to deceit from such acts or face the wrath of the law when caught.