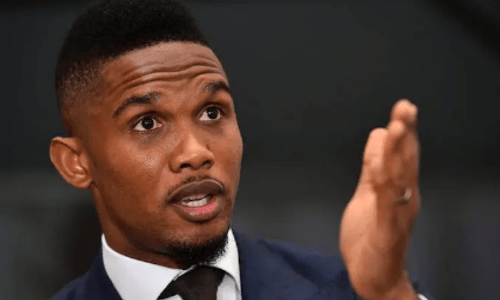 According to reports from Marca, the charge relates to Eto’o’s time at the Camp Nou, between 2006 and 2009, with an estimated amount of €3.8m missed in tax payments.

The report adds that Eto’o accepted the charge but claimed the responsibility lies with Mesalles and his father due to his age at the time. Eto’o is now expected to pay four separate fines, amounting in total to €1.8m, with Mesalles paying €905,000.