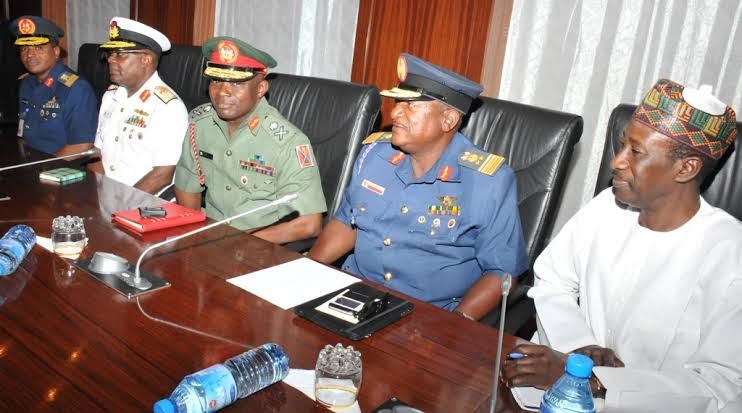 The Nigerian Senate has confirmed the appointment of the former Chief of Staffs as non-ambassadors designate.

Meanwhile, Adamu Muhammad Bulkachuwa(Chairman of the Committee on Foreign Affairs), in his presentation said their appointments were made in line with section 171(40) of the 1999 Constitution as amended.

“Their experiences as Service Chiefs and in the military where they rose to the highest ranks in their careers have made them eminently qualified; and that the nominees were very knowledgeable and articulate in their response to questions directed at them by the Committee.”

“The Committee received petitions against their nominations as Non-Career Ambassadors of the Federal Republic of Nigeria but the petitions were dismissed.”