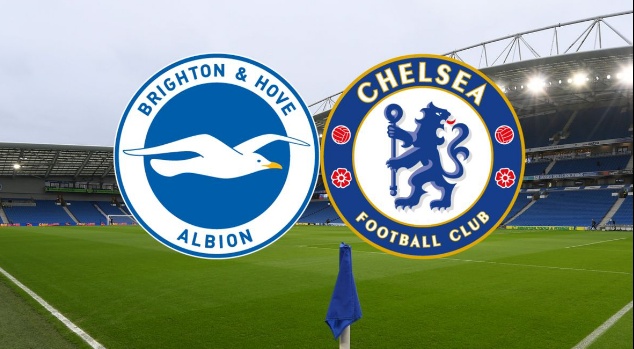 Brighton vs Chelsea- The ongoing English Premier League side, EPL, Chelsea, will be hosted by Brighton on Monday night to slug it out in today’s match, as the kick-off time for the Premier League match will start at about 20:00. 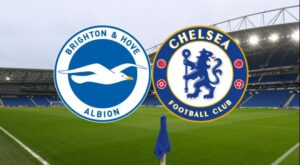 Frank Lampard’s team, the Chelsea manager will have to make do with the German duo of Timo Werner and Kai Havertz.

Although, Ziyech and Chilwell are still nursing their injured on their left knee and heel respectively.

Silva joined up with the team last week for training and is not deemed match fit yet.

Christian Pulisic is pushing for a place in the starting XI after recovering from injury.

Lampard faces a decision over whether to recall Kepa Arrizabalaga or keep faith with Willy Caballero in goal.

Brighton is going to a new campaign with a full fit squad and Graham Potter is likely to have fresh faces in the back-line lining up against Chelsea.

Goalkeeper Mathew Ryan will retain his place in goal for the Seagulls while Ben White is likely to be given a start alongside Lewis Dunk and Adam Webster in the back-line.

Joel Veltman could be on the right-back for Graham Potter’s side while Bernardo covering the left options.

New signing Adam Lallana could pair up with Davy Propper in midfield to provide the creative push needed while Alireza Jahanbakah stationed on the right, Leandro Trossard on the left, and Neal Maupay as the center-forward.

Frank Lampard has confirmed that Hakim Ziyech, Ben Chilwell, and Thiago Silva are ruled out their first game of the 2020-21 campaign against Brighton but Christian Pulisic and Cesar Azipilicueta will be in contention for tonight game.

Goalkeeper Kepa Arrizabalaga is expected to retain his place in goal for Blues as they yet complete the signing of Edouard Mendy from Rennes.

Antonio Rudiger and Kurt Zouma are likely to start alongside Cesar Azipilicueta and Macros Alonso in the Blues back-line on Monday night.

In midfield, Frank Lampard is likely to hand Kai Havertz his debut, with play alongside N’Golo Kante and Jorginho. 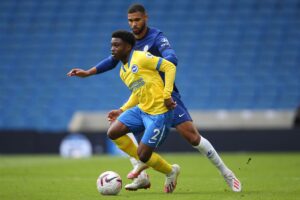 Mateo Kovacic is not available for this game after receiving an early shower in the FA Cup final defeat to Arsenal.

Christian Pulisic is likely to made starting XI against Brighton after impressive during Blues preparations for the Brighton clash.

The 21-year-old suffered a hamstring injury in FA Cup final defeat to Arsenal but he now fully fit ahead of the next campaign. We should ideally see Timo Werner start up front, with three attackers supporting the German international.

Christian Pulisic and Kai Havertz should fill up the wide positions in absence of Ziyech, with Mason Mount deployed in the void.

All the ongoing English Premier League especially Brighton vs Chelsea will be stream live on the following sporting TV channels such as,

Brighton vs Chelsea on GOTV

All GOTV subscribers with a full subscription can watch live the match between Brighton vs Chelsea on GOTV select sports TV channel while you tuning to ss1 or ss2 or 3,4,5 respectively.

On DSTV Brighton vs Chelsea

DSTV subscribers have not left out of this ongoing premier league match especially the match between Brighton vs Chelsea on all the DSTV sports channels.