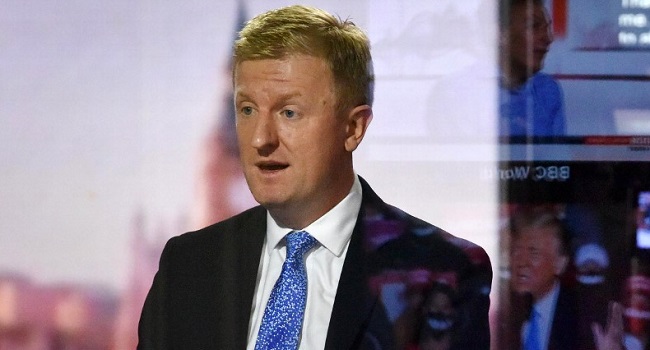 PREMIER LEAGUE- The British minister with responsibility for the sport has urged the Premier League to give financial support to cash-strapped Football League clubs in a bid to ease the financial damage caused by the coronavirus pandemic. The English Football League says its teams will lose £200 million ($255 million) this season while matches are played behind closed doors due to the pandemic.

Having already lost £50 million last season after the lockdown forced spectators out of stadiums, there are fears some clubs in the three divisions below the Premier League could go out of business without financial help.

Britain’s Culture Secretary Oliver Dowden believes it is the wealthy Premier League that should step in with a bailout package rather than the government.

“We stand ready to support clubs because they are such an important part of our local community,” he told Sky News.

“The first thing we need to look to is the Premier League and I’ve been in contact with them this week.

“We’re all agreed the Premier League needs to step up to the plate and they’re having intensive discussions with the EFL over how they can support those clubs.

Premier League chiefs were frustrated by Prime Minister Boris Johnson’s decision to scrap the planned reintroduction of fans from October 1 after a recent spike in coronavirus cases.

Dowden said the Premier League will meet on Tuesday to discuss the way forward now that the government has effectively ruled out any fans attending matches until March.

In his Sky News interview, he added:

“The direction is clear, we understand the Premier League needs to play its part.

“I’m in close consultation with them and I’m hopeful they will be able to reach a deal and provide that level of support.”

Asked if crowds would return by the end of the season, Dowden replied:

“I would desperately love that to happen and we keep the situation under constant review.

“We are also investigating the use of new technology, working with the clubs who have done a fantastic job until now.

“If it’s all possible of course I would like it to happen, but, in this rapidly moving situation with the virus, we just need to exercise a little bit of caution which is what we’ve done in relation to October 1.”