CHE 3-LEE 2: The mistake Mendy made which prevented him from saving Raphinha’s penalty kick 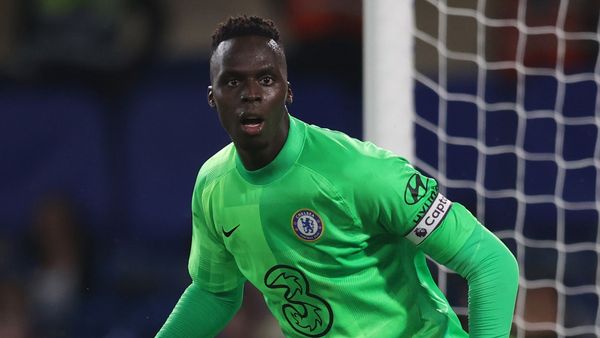 Rafinha’s 28th-minute penalty kick which gave Leeds United the lead in the match against Chelsea was savable. He only scored because Edouard Mendy dived one or two seconds too late. In this article, I will be analyzing the mistakes made by the Chelsea goalkeeper at the moment Raphinha took that penalty. The first one was why he didn’t make the save.

Replays of that moment showed that Raphinha’s penalty kick didn’t come at Mendy with a lot of paces, it was on the ground and it was not put in the far corner of the post. Those factors mean it was a savable penalty, which was proved by the fact that Mendy came close to saving it but not close enough.

He came close because he guessed correctly the side of the post Raphinha will play the ball to. But he didn’t save it because he held his dive, waiting to be sure of the direction of the ball. That was a mistake as before he finally dived, the ball had already rolled past him. I know this because replays showed he made a body movement towards that side just as the Brazilian kicked the ball.

When facing a penalty kick most goalkeepers don’t wait to see the direction of the ball before they dive. They simply guess and dive in one direction hoping the penalty taker puts it in that direction. However, it is an educated guess as they study the penalty taker of each team they are about to face.

Had Mendy not held his dive he would have made the save because he guessed the direction of the ball correctly and the ball did not come at him with pace. What he should start doing is to study the penalty takers of Chelsea’s next opponents. That should make him guess correctly most of the time.

The second mistake he made was that he had his feet off the goal line before Raphinha kicked the ball. The implication is that the penalty would have been retaken if he had saved it. The referee didn’t point that out because the Brazilian scored.