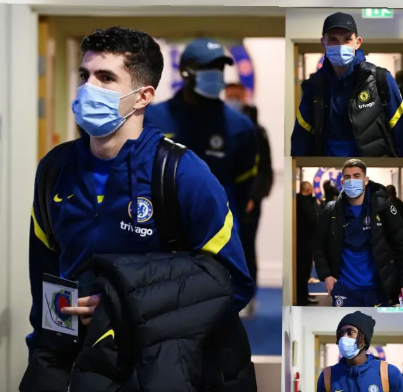 Ahead of their clash with Liverpool at stamford bridge by 5:30pm west African time, Chelsea football club players have arrived Stamford bridge, the players and coach Thomas Tuchel was spotted making their way into the dressing room all kitted in their customary pre-match tracks.

Thomas Tuchel arriving for the game

Players such as Christian Pulisic, Mason Mount, Trevoh Chalobah and jorginho are all in the squad and will be hoping to guide Chelsea to a massive three points against a direct rival Liverpool.

Edouard Mendy will travel for AFCON after the game.

One player who misses out from the team sheet is the club most expensive player Romelu Lukaku, the coach have dropped him as a disciplinary measure after his media outburst over the week, where he criticized the coach and his tactics.

Chelsea will be able to call upon Kai Havertz in that false nine position and will likely be supported by Mason Mount, Christian Pulisic and Hakim Ziyech in attack.

A win for Chelsea will take them four points above Liverpool and reignite their title defence. 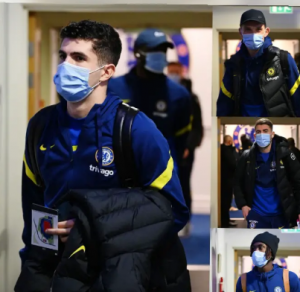