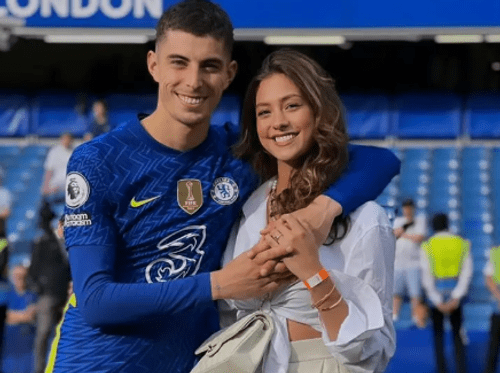 Latest Chelsea news today, The 2021/2022 season has finally come to an end, and in terms of performances and trophies, Chelsea’s campaign can be rated as a good one despite losing two consecutive titles to Liverpool, and recent poor run in games.

However, they ended the season in a way the fans and players would have wanted it to end. A win over Watford yesterday at the Stamford Bridge was enough to see the season out.

Meanwhile, in the game yesterday, there were some emotional moments for the players and fans, as some players, such as Rudiger, Saul, bid their farewell to the club, with the game being their last game in Chelsea shirt.

After the game ended, The players also applauded the fans for their support throughout the campaign and some Chelsea players brought on their loved ones to the pitch in what seems like a goodbye to the season. Here are some pictures of these moments.