Chelsea are the closest’: Blues favourites to sign record-breaking striker for free next summer – journalist 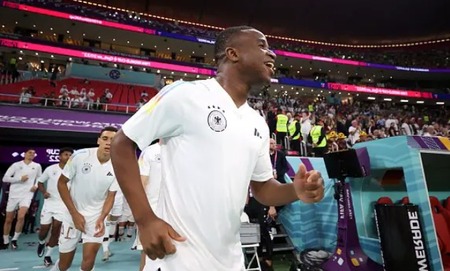 The Blues have been heavily linked with a move to sign the teenager, who will be a free agent next summer.

There is speculation that he is currently unwilling to sign a new contract with the Bundesliga club, potentially opening the door to a move to a new club.

Moukoko was recently seen with Germany at the World Cup, where he broke the record for being the youngest player to play for their team.

Chelsea, according to Behrenbeck, are in a far better position to sign the Dortmund player than any of their rivals.

Chelsea are the frontrunners for Moukoko.
“It is clear that many top clubs are asking about Moukoko and are interested in him because he is available on a free transfer in the summer and is a bargain,” he said.

Todd Boehly’s ability to act quickly has been a recurring theme during his time at Stamford Bridge.

He has seemingly secured the deal to sign Christopher Nkunku from RB Leipzig next summer, despite there still being plenty of months left in this current season.

While he will undoubtedly strengthen their frontline, they may still be interested in bringing an outright striker to Stamford Bridge.

With Armando Broja out for several months due to injury, Chelsea fans may have hoped that they could add to their ranks as soon as next month, keeping their hopes for this season in mind.