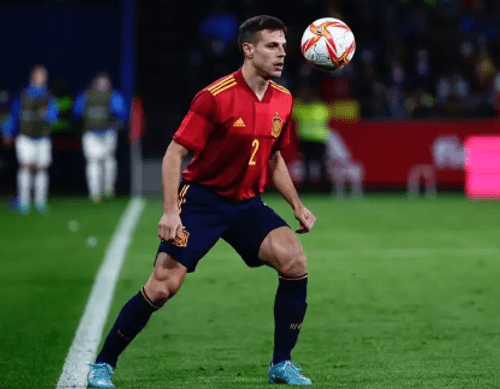 Chelsea football club of England captain Cesar Azpilicueta was on action for Spain national team on Tuesday night, as they defeated Iceland national team 5-0 in a friendly match at Estadio Municipal de Riazor. The former Olympique Marseille football club star was given a starting role by coach Luis Enrique, and he was able to contribute his quota to the team’s deserved victory.

Cesar Azpilicueta started in his team’s defence line alongside Jordi Alba, Hugo Guillamon and Aymeric Laporte and they were all impressive in the game. Juventus football club star Alvaro Morata opened scoring for the home team in the 37th minutes before he doubled the lead via a beautiful penalty kick in the 40th minutes to end the first half 2-0. Cesar Azpilicueta was outstanding for the home team in the game, and he was able to play a vital role in their well deserved victory.