Chelsea discloses when to announce the signing of €60m forward 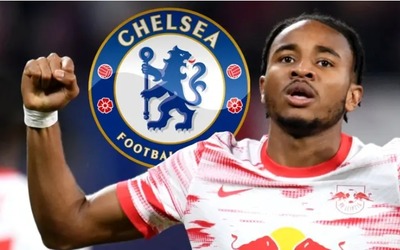 According to report, Chelsea is set to announced the signing of €60million-rated forward player, who may be completed before the 2022 World Cup.

In the summer, the German secured the return of former CFC forward Timo Werner, and apparently made an alliance with the American during that time. Now the two occasionally meet for coffee.

Of course, Boehly did not manage to sign either of the Red Bulls whilst the previous transfer window was active.

Nkunku along with Gvardiol both put pen to paper extending their respective time with RBL. This extinguished attentiveness from Chelsea’ – briefly. But it appears Boehly is now back with a fresh desire for talent from Germany, say the outlet.

I have said before that I advocate CFC capturing the quality duo, especially Nkunku. Notably, Chelsea are said to be already ‘fixing the deal for the attacker’, which is on the ‘home stretch’. The Frenchman has a release clause of €60million.

With the foreign clubs permitted to bid at the end of the current campaign. He might even sign for the Blues prior to the World Cup, before joining next year.