Chelsea has reportedly set its sights on Castello Lukeba 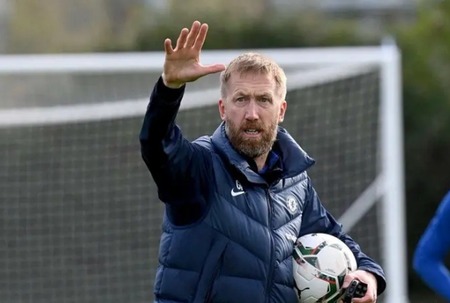 Lyon are unlikely to sell the player in the near future, so it will be interesting to see if Chelsea can persuade them to sell in the coming months. The Blues have the financial resources to persuade the French club.

Chelsea is also said to be interested in Rayan Cherki. Malo Gusto, another Lyon defender, is also a target for the west London club. Meanwhile, a number of other top clubs have shown interest in Lukeba.

The young defender is under contract with Lyon until the summer of 2025, and he could be a good long-term acquisition for Chelsea. Lyon, on the other hand, is not under any pressure to sell him just yet, which complicates any move.

Chelsea needs to sign quality young defenders, and Lukeba fits the bill. Players like Cesar Azpilicueta and Thiago Silva will need to be replaced soon. The Blues have Senegalese international Kalidou Koulibaly at their disposal, who is also in his thirties. Wesley Fofana and Trevoh Chalobah are the club’s only long-term centre-back options.

Graham Potter will need to significantly improve his squad in the coming months. And it remains to be seen whether Todd Boehly is willing to spend big money on talented young players like Lukeba and Cherki. Chelsea is also thought to be interested in Josko Gvardiol.

If a concrete offer is made in the coming months, the 20-year-old defender could be persuaded to move to Stamford Bridge. Having said that, he will need to join a club and play every week. Lukeba cannot afford to be a bench player at a top club. As a result, before any potential move, he must seek assurances from Chelsea.

A switch to Stamford Bridge could be a watershed moment in his career. And Lukeba could flourish under Potter’s tutelage, who has helped a number of young players develop at Brighton. As things stand, convincing Lyon will be Chelsea’s most difficult task.