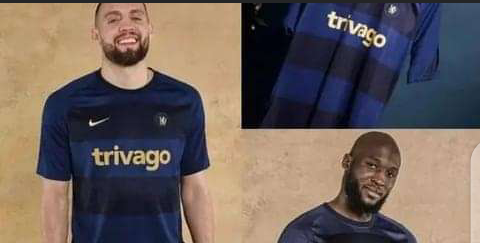 Chelsea new kit: Chelsea one of the leading club in Europe has officially launched a new kits ahead of the FIFA Clubs World Cup 2022.

No doubt, a lot is expected from the Chelsea football club has thwy prepared ahead of the FIFA club World cup 2022 to face it’s opponents in this competition. Chelsea football launched a beautiful new jersey collection ahead of their FA cup clash with lower division side Plymouth tomorrow.

The dark blue collection was modeled by Mateo Kovacic, Romelu Lukaku and they where joined by some female Chelsea players, the front of the jersey has the sponsors crested in gold color. Chelsea will take on lower division side Plymouth tomorrow in the FA cup this weekend, a win in that match will be a big boost ahead of their club world cup tournament which kicked off yesterday in United Arab Emirate. Chelsea will have a busy schedule this month with FA cup, premier league and the world club cup competitions coming thick and fast over the next few weeks, the blues fans might be able to have a glimpse of that new shirt in one of those games.