Chelsea, Man City, PSG, Where Messi could move next, As Abramovich meets with representatives 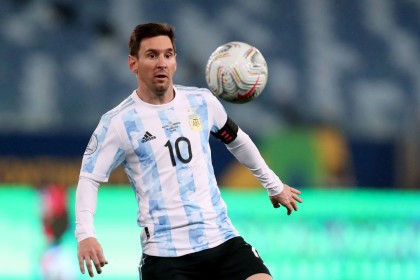 The owner of Chelsea club, Roman Abramovich, reportedly trying to have Lionel Messi signed, after his exit announced from Barcelona this week, as the player leaves the club.

According to reports, Abramovich is said to have ‘requested an urgent meeting’ with Messi’s representatives.

On Thursday, August 5, Barcelona announced that Messi, 34, will leave the club after 21 years, as they will not be able to renew his contract due to financial regulations in Spain.

It means Messi is now a free agent, with Manchester City and Paris Saint-Germain in pole position to sign him.

However, PSG may not be able to meet his wage demands and City has just spent £100million on Jack Grealish, while also in pursuit of £150m Harry Kane.

According to Abramovich, he said; ‘set his eyes’ on Messi and ‘requested an urgent meeting’ with his team.

The Blues are in the market for the search for a new striker, as Erling Haaland a major target at the start of the summer.

However, the surprise news about Messi’s sudden availability has now made Chelsea switch focus with the report claiming Chelsea are continuing negotiations for Lukaku while exploring the possibility of signing Messi.

Report have it also that Lionel Messi, making a move France capital, but, ‘almost impossible’ due to high taxes and the club’s need to reduce its wage bill.

There is a wide speculation that Lionel Messi may prefer a move to Manchester City, where the legendary forward could link up with former Barcelona boss Pep Guardiola.

But, at this moment, Chelsea’s new interest could now change the direction because Chelsea is in a stronger financial position to sign Lionel Messi, if Messi’s representatives agreed with the deal with Abramovich.

20 thoughts on “Chelsea, Man City, PSG, Where Messi could move next, As Abramovich meets with representatives”