Chelsea on the lookout for a new first-choice goalkeeper? 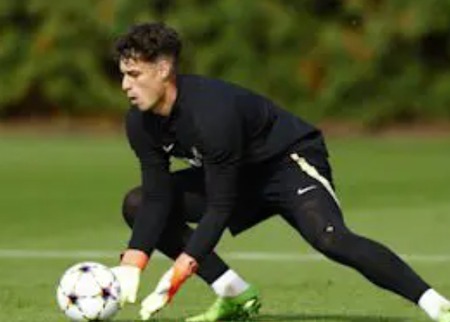 Chelsea are rumored to be interested in signing a new first-choice goalkeeper next summer. Edouard Mendy has been a regular starter for Chelsea since joining from Rennes in 2020, appearing in 65 Premier League games in his first two seasons.

While Kepa Arrizabalaga has frequently been forced to play backup to Mendy, the Spaniard has forced his way back into the starting lineup since Graham Potter’s arrival, starting six straight games before suffering a foot injury.

Although Mendy and Kepa are currently competing for the number one jersey, The Sun reports that Chelsea are looking to sign a new goalkeeper next summer.

According to the report, bringing in a striker will be a top priority ahead of next season, but Potter and Chelsea co-owner Todd Boehly are also interested in bringing in a world-class goalkeeper.

Despite the fact that both Mendy and Kepa are under contract until June 2025, Chelsea may allow them to leave at the end of the season, though Kepa’s weekly wage of £150,000 may deter prospective clubs.