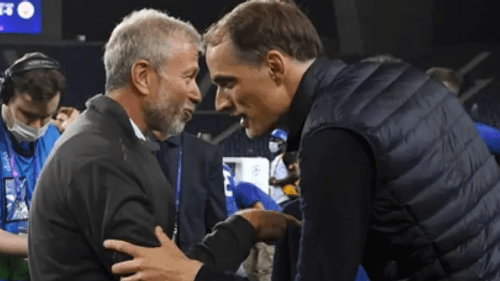 Russian Billionaire and also Chelsea Football Club Owner Roman Ibramovich announced this afternoon that he’s selling the Club. However his Friendship with the Russian President Vladimir Putin put him in serious trouble as the world set to Sanctions the Russian government.

On the other hand according to the UK Reporters Ibramovich was given few days to sell the Club and leave the country.

At the same time the Russian born Billionaire put his house and flat on sale. On the other hand it was Reported that the House goes €156 .

Roman Abramovich officially hand over Chelsea FC to Board Trustees

However early this afternoon Ibramovich meet three Business man who are Interested on buying the Club. Meanwhile many people across the world are asking Ibramovich to go and Convince the Russian President and also his Friend Vladimir Putin to stop the Attack on Ukraine.At the same time some of the Chelsea supporters are not happy to see Roman Ibramovich selling the Club. Ibramovich bought Chelsea Football Club back in 2003, Were he managed to brings best players in the Club Including best coach.

While at the same time, Many took to social media to express their feelings about this Matter. Here are their Twitty: