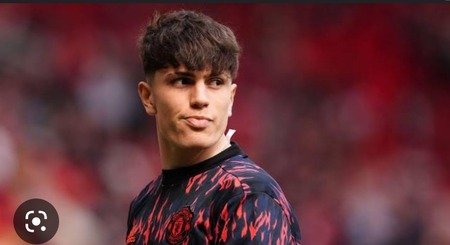 Chelsea reportedly turned down an offer for Manchester United winger Alejandro Garnacho. According to Simon Phillips of CaughtOffside, the Blues have turned down an approach for Garnacho, who prefers a new contract at Old Trafford or a move abroad.

Garnacho, who was a fantastic player at Manchester United, earned around £5,000 per week and will receive a substantial raise to the tune of £50000 per week if he commits to staying at Old Trafford.

Garnacho has been in superb form for Manchester United since breaking into the first team, and he is attracting interest from Real Madrid in Spain.

Meanwhile, Chelsea are ready to submit a €100million offer to AC Milan in January for the transfer of Portugal international Rafael Leao.

Furthermore, the Blues are prepared to pay the player’s reported €20 million compensation to his former club Sporting CP in order to resolve the ongoing ownership dispute.

Leao, 23, currently earns around £28,000 per week at AC Milan, and Chelsea are willing to pay a’monstrous salary’ to bring him to Stamford Bridge.

Leao is entering the final 18 months of his deal at the San Siro. While Milan has been in talks with Leao’s entourage, the parties have yet to reach an agreement on the terms of an extension to the winger’s current contract.

According to the report, ‘alarms’ are sounding in Milan as the Italian club prepares to accept a massive winter offer from Chelsea for their Portuguese star.