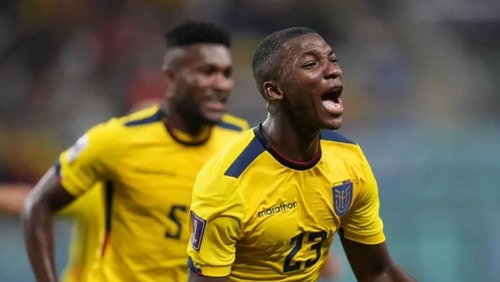 According to a report, Chelsea will pay an eye-watering new fee for a Premier League star who appears to be the ideal replacement for N’Golo Kante, and both Manchester United and Newcastle United may have a say after missing out in 2020.

Over the last decade, N’Golo Kante has a legitimate claim to be the best holding midfielder in the world. He was a key member of Leicester City’s championship-winning midfield before joining Chelsea for £32 million in 2016. That transfer fee could have been multiplied by five and he would have still been a good buy at Stamford Bridge.

During his seven-year tenure at Chelsea, Kante has helped the club win the Premier League, Champions League, Europa League, and FA Cup. His heroic performances in the knockout rounds of their successful UCL campaign in 2020-21 will be remembered for a long time.

However, as the years passed, injuries began to bite, and at 31, there is growing concern that his time may be up.

According to transfer guru Fabrizio Romano, while Kante would prefer to stay, the likelihood of him leaving for free next summer is increasing.

Kante’s contract expires in 2023, and a two-year deal with a third-year option has already been rejected. Chelsea are said to be concerned about his injury record and are unwilling to extend the contract any further.

“The only way Kante will stay at Chelsea is if Graham Potter decides to keep him,” Romano stated on his YouTube channel. “However, Chelsea and Kante have yet to reach a financial agreement.”

“However, the reality is that the two parties have yet to reach an agreement.”

“This is why those close to both the player’s and the club’s sides expect N’Golo Kante to leave on free.” Many clubs have a great opportunity.”

Is Kante’s replacement already in the Premier League?

If Kante does leave, a suitable replacement may already exist in the Premier League.

Moises Caicedo of Brighton has drawn attention this season with a string of tough tackling and no-nonsense displays.

Caicedo was named to Ecuador’s starting eleven in Qatar and looked at ease on the big stage. As a result, the Sun claims that Chelsea, Manchester United, and Newcastle are all considering a move.

If any of the English heavyweights act on their interest, Brighton have set a price tag of £60m-£70m on the 21-year-old.

Caicedo has previously been linked with Liverpool, though the Sun makes no mention of this.

Newcastle and Manchester United are both paying a penalty for previous misses.
According to the report, both the Red Devils and the Magpies have come close to signing Caicedo in the past.

While Caicedo was still with Ecuadorian side Independiente del Valle, Manchester United and Newcastle United tried their luck in 2020.

Both were in direct contact with Caicedo’s club, but Brighton had gotten ahead of them. Despite the fact that Caicedo was a relative unknown at the time, the Seagulls delivered a more compelling sales pitch, and Caicedo was suitably impressed by the lengths they went to.

Brighton eventually secured a bargain £3.6m deal, which could generate a return of around 18 times that amount if sold in 2023.