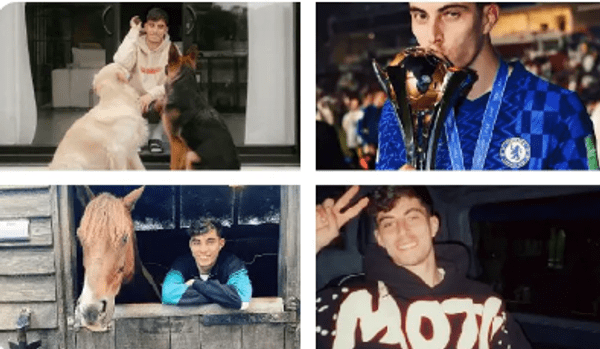 On Saturday, the 11th of June, 2022, Germany and Chelsea attacking midfielder, Kai Lucas Havertz turned 23-year-old and was celebrated by his friends, family and fans all over the world.

However, on Sunday morning, the Germany international took to social media to thank all who wished him on his birthday on Saturday, showing off his dogs, horse and the FIFA Club World Cup title. Kai Havertz tweeted: “Thank you all for your birthday messages ❤️ 22 was another year filled with memories and learnings!” Despite turning a year older on Saturday, the Chelsea star, Kai Havertz who is currently representing his home country, Germany in their UEFA Nations League campaign, was in action for Germany against Hungary on his birthday until the 85th minute before he was taken off for Karim Adeyemi. The game ended in a 1-1 draw between debutant Hungary and Germany at the Puskas Arena, making it Germany’s third consecutive Nations League 1-1 draw.